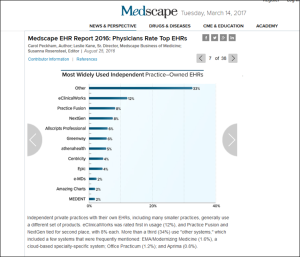 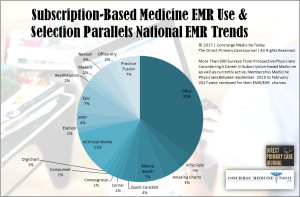 “Subscription-based, membership medicine clinics [including both Concierge Care; MicroClinics and Direct Primary Care], their staff and physicians have some of the same yet, very different technology needs from their EHR/EMR vendors as they did prior to modifying their business models,” said Michael Tetreault, Editor of Concierge Medicine Today and its sister trade journal, The Direct Primary Care Journal. “Today, we conclude our [500 physicians surveyed from 2015-2017] analysis and compare the EHR/EMR utilization and vendor selection results to other national reports and … we find a few EMR and EHR Software solutions are rising to the top for very different reasons.”

August 25, 2016 – Electronic health records (EHRs) are part of nearly all physician practices, but implementation has not been without challenges. In this year’s report on EHR use, Medscape surveyed 15,285 physicians across over 25 specialties. We asked about usage, specific system ratings, and vendor satisfaction. Respondents also described how their EHR affects practice operations and patient encounters. Overall, it is evident that some dramatic changes have taken place since Medscape’s 2012 EHR report. 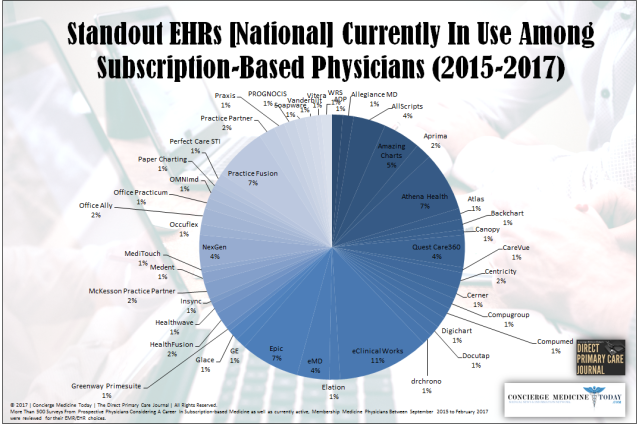 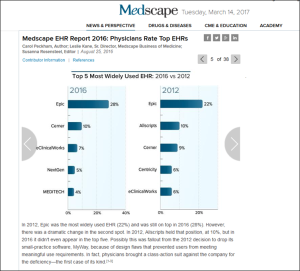 Tips for Scaling UP a DPC Practice. ~Elation 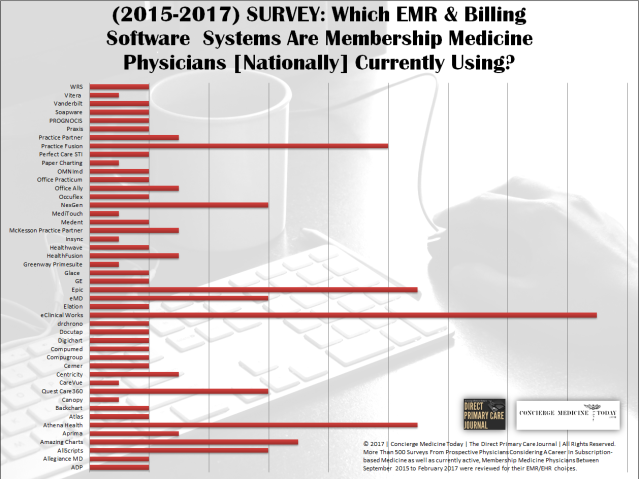